At the end of November 2020, the long awaited first African Peoples Tribunal (APT) held in Lagos Nigeria. AEFJN joined hands with many other civil society organizations from Africa and Europe under the auspices of Our Land is Our Life platform to support communities affected by the activities of multinational companies in Africa. Four jurors of a high reputation from different countries and backgrounds heard ten cases of human rights and environmental violations across Africa.
A peoples’ tribunal is a nongovernmental opinion tribunal founded by citizens for the interpretation and promotion of the law to push for effective laws that can meet the growing challenges of globalization and economic impunity. The APT will serve as a space for environmental human rights defenders from communities and civil society to expose the adverse impacts of industrial plantations. The tribunal’s legitimacy is based on the principle of recognizing human rights under national and international law, and reclaiming and restoring the rights of impacted peoples whose rights have been violated with impunity from all regions of Africa.
Organized by Friends of the Earth Africa (FoEA), the APT received and reviewed ten (10) cases from ten (10) countries. The companies found wanting were SOCAPALM (Cameroon), SIAT (Cote D’Ivoire), GOPDC- SIAT (Ghana), OLAM (Gabon), SOCFIN (Sierra Leone), and Golden Veroleum Limited, GVL (Liberia). Others are Green Resources (Mozambique), Okomu Oil Palm PLC, PZ Wilmar Green Resources. In all of the ten cases, international financiers, including development banks, private banks, investment funds and pension funds from all corners of the world, are found to be controlling and financing controversial rubber, palm oil and timber plantation companies.
The cases confirmed a lack of acceptable environmental impact assessments as well as a lack of social impact assessments. The replacement of rich biodiversity of the forest with foreign exotic trees have dramatically damaged the local environments. Although the FAO recognizes industrial exotic tree plantations (including those with genetically engineered trees) as forests, communities reject such classifications. Cases of threats, denial of the right to protest, arrests, imprisonments and murders; labour exploitation with a high level of casualization of labour were also heard. In the case of Wilmar (Nigeria) evidence showed that the company pays workers less than $2 for 12 hours work. Inhuman and discriminatory work and housing conditions were recorded in most of the cases (Cameroon, Nigeria). It was also revealed that workers, including pregnant women, are ferried on tractors to work in locations, with accidents and deaths recorded. Injured workers are sacked without compensation and others are sacked for speaking up at public hearings thus sending chilling signals to workers and organizers.
On landgrabs perpetrated by the companies, the jurors concluded that in all the cases there was connivance between governments and transnational corporations to grab community lands. They cited Ministry of Agriculture and the Environmental Protection Agency (of Ghana) which they alleged, allowed the complete destruction and conversion of 13 villages into an oil palm plantation. Destroyed along with the communities were schools, markets, churches, and other social facilities. Concerning Violation of Rights, they said there is general reign of systemic oppression and use of state security forces against the affected peoples, in all cases brought before the APT. On Socio-Economic Dislocations they said that the grabbing and conversion of community lands into plantations directly deprive communities of fertile lands. Companies make false claims of using degraded and non-forested lands while they grab fertile lands and forests and valuable water sources that the communities depend on, they insisted.
The Tribunal has placed a demand on governments of 10 African countries to urgently ensure that the human rights of freedom of speech, expression, and association of citizens and persons who brought cases of abuses before the tribunal are respected and protected, just as it faulted transnationals operating in Africa. Also, APT want governments to actively and constructively engage in the current negotiations for the elaboration of a UN legally binding Instrument to regulate, in international human rights law, the activities of transnational corporations and other business enterprises, and ensure this becomes a meaningful instrument to stop corporate impunity. The Tribunal recommended among others, that governments in the relevant countries should immediately set up a mechanism to review existing arrangements with plantation corporations, openly and transparently engage with communities and revert wrongfully acquired lands and forests to the communities. They also stressed that governments should uphold and protect the dignity of communities and adequately sanction corporations that violate human rights or destroy the environment in their territories.
Odile Ntakirutimana
AEFJN
For more about each case visit: http://africanpeoplestribunal.org/resources/documents/
Video: African Peoples Tribunal addresses human rights abuse in forest communities:
https://www.youtube.com/watch?v=ixbN9_kysdQ&feature=emb_logo 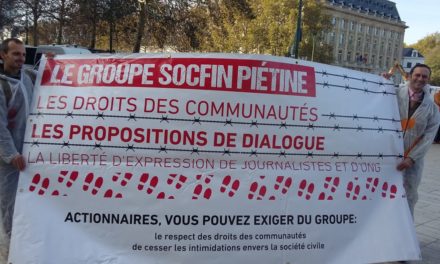 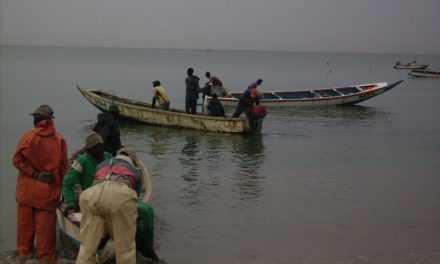 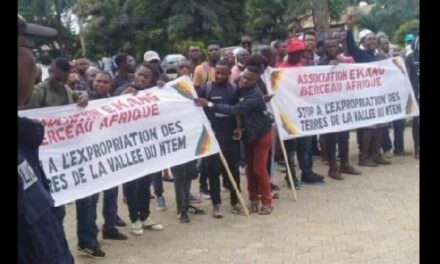