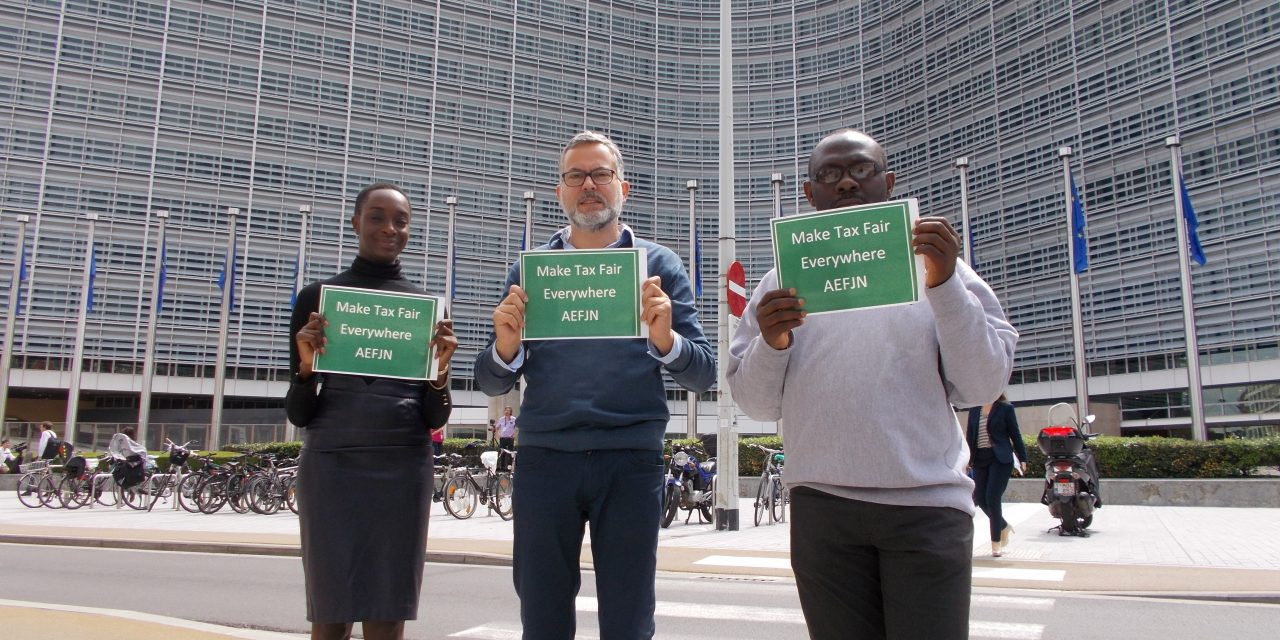 The Sustainable Development Goals (SDGs) are the next set of objectives around which the development community worldwide will work. However, the SDGs concern more than strict development policies, such as regulating financial markets and improvement of corporate social responsibility. While these are in themselves a step forward, they require that power relations in the global economic structure be transformed in order to tackle poverty effectively. In particular tax avoidance should be stopped and for Africa in particular the extractive logic should be reversed.

The sustainable development goals mention a path towards sustainable consumption and production; this will require a transformation of global value chains in which power is concentrated in the hands of corporate actors. In this vein, while emphasizing the importance of the SDGs, the Dutch presidency has launched initiatives to promote responsible and sustainable value chains at the European level. For instance, the Dutch presidency is promoting responsible mineral sourcing, via a public private partnership (PPP). Moreover, on the initiative of the Dutch Presidency, five EU member states adopted a declaration pushing for a “fully sustainable Palm Oil Supply Chain” by 2020.

Although it is a good thing that the dialogue is open on these matters, the level of commitment of the industry remains to be seen. For instance, the industry lobby has vehemently opposed an EU regulation on due diligence throughout the entire (3TG)[1] mineral supply chain. Moreover, as exemplified in the agricultural sector, PPPs can lead to a capture of the process by the private sector, excluding once more the voiceless poor. As for the palm oil supply chain, few companies have engaged in effective due diligence. The sole instrument is the certification scheme of the Round Table for Sustainable Palm Oil which has demonstrated several shortcomings.

Illicit financial flows as a motor for impoverishment

So, on paper this all sounds nice, but policymakers will have to go a long way to disentangle existing corporate power structures in global value chains. Currently, transnational companies control about 80% of global trade through integrated value chains.[2] Furthermore, throughout the world, multinational companies take advantage of loopholes in international laws to shift profits abroad, avoiding taxes via dodgy company structures based in tax havens. According to the Mbeki report, Africa is losing 50 billion $ per year though illicit financial flows[3] or roughly twice the amount Africa receives in Official Development Assistance. (Global Financial Integrity puts this figure at 80 billion $[4]) The report mainly blamed large multinational companies for this leakage. These outflows are mainly derived from abusive transfer pricing, which impoverishes Africa significantly. European countries are among the main destination countries of these illicit financial flows, so they have a responsibility to prevent them by prosecuting the perpetrators, and, most importantly, to repatriate the money to Africa. Indeed, preventing financial leaks and returning funds which is rightfully theirs to African states has more development potential than maintaining an institutionalized form of dependency through development cooperation. Moreover, closing these loopholes would serve the European taxpayer as well since Europe is in the same boat. A European Parliament research study estimates that EU-countries lose between 50 and 70 billion euro through profit shifting. So it is a common cause for citizens.

In practice, complex company structures with highly integrated value chains across different countries make it difficult to see in which jurisdiction profits are made. On top of that, transnational companies deliberately apply strategies of aggressive tax planning in order to pay the least tax possible. So closing the loopholes in international tax governance is imperative to increase public revenue globally and this would also serve development programmes.

The EU is currently endorsing an Anti-Tax Avoidance Package[5]. However, it remains to be seen to what extent tax cooperation with developing countries will be streamlined in order to tackle abuses and increase the domestic resource base for developing countries. To tackle tax avoidance globally, the EU member states should pass any information they possess about tax avoidance by multinationals in developing countries to the local competent authorities so they can take action and recuperate illegally channelled money.

However, in the current proposal[6]country-by-country reporting is limited to the EU member states and a list of tax havens to be agreed upon, which is likely to be highly politicised. The current scope of the proposal requires multinational companies earning over 750.000.000€ to file a country by country report.[7] Rather the EU should strive for public country-by-country reporting covering all countries, if not multinationals will still be able to exploit the many loopholes to hide their profits.

Ironically, these companies continue to benefit from tax incentives, investment subsidies, public insurance for commercial risks, deregulated labour markets and weak property rights in developing countries. The drive for deregulation and tax incentives is often promoted by development bodies such as the World Bank and IMF who give multinationals a few helping hands to enable them to supply global markets with unsustainable products which in many cases extract wealth from development countries. Consider the large quantities of palm oil in our food products which are related to deforestation and displacement, the many minerals present in our high-tech products that have been extracted in certain cases from violent areas and possibly mined by children, the sweatshops that supply the clothing industry, or our chocolate for which cocoa is harvested in slave-like conditions. Sadly, the same holds for many tropical fruits, sugarcane, cotton, cut flowers and crops for the biofuels we consume. The removal of natural resources and agricultural commodities from developing countries has disrupted local economies, destroyed jobs and damaged the environment.

However, these countries might well report economic growth, but in human development they remain rock bottom[8]. This means that the growth is enjoyed by a few actors and, in the African context, it is most likely based on an extractive logic. For instance, Ethiopia and DR Congo are among the fastest growing economies in the world[9] and they have sustained economic growth for a decade.[10] However, both countries remain at the bottom of Human Development Index, because an extractive logic concentrates wealth in a few hands. In Ethiopia this concerns extractive agriculture, while in DRC it comes down to the extraction of gold, diamonds, copper, cobalt, and coltan. We have to say that in both countries agriculture remains the largest sector[11], mainly due to family farming, but these farmers have no place in companies’ integrated value chains. This brings us to an important point: What is the place of African citizens in this globalized economic model?

Africa is suffering from the extractive logic which is being perpetrated by both economic and political actors. In practice this leads to mind-boggling situations. To give a concrete example, 79% of Nigerian exports is crude petroleum; 11% is petroleum gas and only 3.2 % is refined petroleum. However, since its 4 domestic refineries are underfunded, due to fraud, the country is still obliged to import refined petroleum from western countries. 18% of the total imports of this African oil giant is refined petroleum mainly from the Netherlands, Belgium, France, Norway and the UK.[12] For everyday Nigerians this means longer queues at pumps and higher prices. Equally, the general food bill for households increases, because it costs more to transport food to the markets. So the country realizes sustained economic growth over a decade, but the value is added to the oil elsewhere.[13]

Additionally, the illicit extraction of capital is eroding the resources and foreign exchange reserves of developing countries, maintaining them in a precarious financial situation and often they have to prioritize debt payments compromising investment in local economies. Trade treaties also reduce their policy space and government revenue, consequently preventing African countries from supporting their infant industries and small-scale agriculture. Unsurprisingly, large industrial countries benefit from inputs from other countries for their exports. For a more precise picture of a country’s exports, take large trade blocs like the USA, Eurozone, Japan and China that have a large share of “foreign value added” in their exports, i.e. the value that was added by each industry and country in the production chain to the final export. Value chains have become more integrated globally, so for development practitioners it is critical to look for the place of developing countries in these value chains. Currently multinational firms are the most important actors in these value chains as they are able to incorporate value and inputs from different sources/countries and to sell them on for further transformation or consumption – and to capture the profits. To give an example, China exports smartphones to the EU that use minerals mined in Africa, technology from Europe/USA and manual labour from China. In this example, the first two components account for the “foreign added value” and the last part for the “domestic added value” for China. The European company sells it for final consumption and captures most of the profit. Evaluating trade in this way gives us a broader view of the globalized economy and it allows us to have an idea of the part played by developing countries in global trade.  In general, manual labour and natural resources from African countries are undervalued in this equation[14];  the added value that gives rise to profits is generated in industrial countries.

The fundamental question remains where is the place for the have-nots in this economic model?

Why are these power relations so important? There is no lack of economic activity or economic opportunity in Africa. However, economic growth data give a misguided picture of what is happening on the ground. Economic growth draws on extraction of resources and commodities, whilst concentrating the proceeds in a few hands and creating few decent jobs. This is why we can describe this growth as jobless or even impoverishing. If the SDGs are to be effective, it is imperative that they change economic power relations while ensuring that value can be created and retained in developing countries. Tackling these political and economic vested interests is crucial if we want a paradigm shift that will put us on the path to genuine sustainable development. 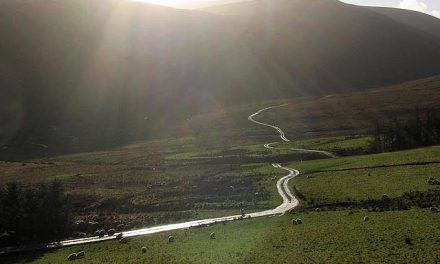 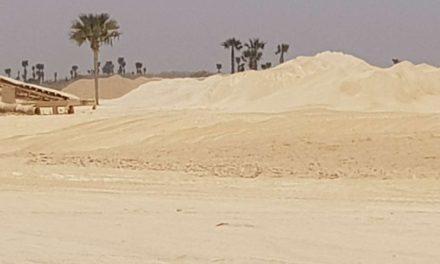 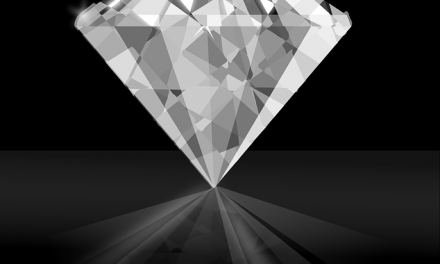 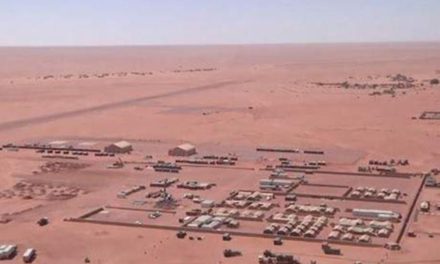