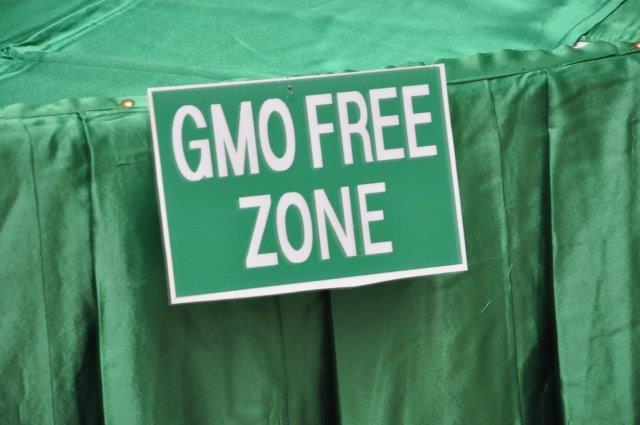 As one of the follow-up activities arising from our land-grab conference in Nairobi, the AEFJN recently partnered with other faith-based organizations and NGOs to co-organize a national conference in Nigeria to raise awareness on the potential consequences of Genetically Modified Organisms (GMOs) on the food sovereignty of the country. The conference drew attention to the monumental negative impact that GMOs will have on sustainable agriculture, environment, safe food, bio-security and the ripple effect on the rest of Africa. It was also an occasion to raise awareness on the gaps in the recently passed bio-safety law in Nigeria and its implication both for Nigeria and the rest of Africa.

The coming together of faith-based organizations, farmers, consumers, academics, youths and non-governmental organizations in Abuja, Nigeria to examine the critical consequences of GMO’s for Nigeria and Africa; and commit to common advocacy strategies under the co-coordination of the Africa Faith & Justice Network (AFJN), Catholic Bishops Conference of Nigeria (CBCN), Africa Europe Faith & Justice Network (AEFJN) and the Health of Mother Earth Foundation (HOMEF) was the best way to respond to the shameless and unbridled profit-driven economics of death that has been parceled for Africa by the Western transnational corporations. It is an affirmation of the African proverb that, “when spiders unite their webs, they can tie a lion”.

In this vein, the AEFJN, commends the recent position of the EU parliament that industrial agriculture has no real contribution to the food sovereignty of Africa. The Parliament recognises that industrial agriculture in Europe is ab initio a colossal mistake and questions the rationale behind the G7 making it the basis of its food security program for Africa. An outstanding element of the position of the parliamentarians is their rejection of the GMOs and their demand that the G7 abandon their romance with GMO. Similarly, an EU scheduled vote to re-approve round-up chemical glyphosate for Monsanto was cancelled due to lack of support from the governments of Italy, France, Germany (Home of Bayer) and the Netherlands. We see these actions as in agreement with the UN SDGs central principles of inclusivity, equity, and sustainability.

While we relish them as good developments to be upheld, we urgently wish to draw attention to the plans of Bayer to merge with Monsanto as a very dangerous keg of gunpowder. If their proposed merger becomes successful, it will spell doom for African agriculture that depends on smallholder farmers and her food sovereignty. It will bring, in its wake, an increased destruction of the ecosystem, more land-grabbing and an escalation of communal conflicts. It will give more impetus to the Mediterranean Sea disasters involving migrants because we shall have a mega-corporation that will control Africa’s food supply chain and lead to the emasculation of millions. This will be the hallmark of the pathway to neo-colonialism by Europe through the use of the western biotechnology and capitalist economic regime, having lost the technological edge to China and some other Asian countries. Applying Henry Kessinger’s, maxim:“control the food, you control the people”, the food security of Africa must be captured by western technology to continue access to cheap raw materials.

AEFJN, is convinced that Africa’s food sovereignty lies in investing aggressively in sustainable agriculture and agro-ecology, empowering smallholder farmers, provision of rural infrastructures, support for agro-allied industries for food processing and preservation by African national governments. That is why we got a jolt at the recently passed Nigerian Bio-safety law. Far and above being a recipe for the inversion of Nigeria by the biotech agro-business corporations, the Nigeria Bio-safety law does not meet even an acceptable minimum international standard set out by the precautionary principle in the African Union Convention on Biological Diversity which the country is a party to.  Similarly, the UN Protocols on Socio-economic considerations (Article 26), as a key element in biosafety negotiations and decision-making processes, was completely relegated to the background. We judge that the law gravely undermines Africa’s continental and regional integration, the Human Rights of Nigerians and her food sovereignty Nigeria. We, therefore unequivocally, call on the national government of Nigeria to repeal this law. Does it mean that what is not good in Europe becomes good when it arrives Africa? We are yet to see a reason why the Government of Nigeria and some other African national governments are welcoming this science of death that has been banned in Europe except for the corrupt enrichment of the few, self-seeking political elites. 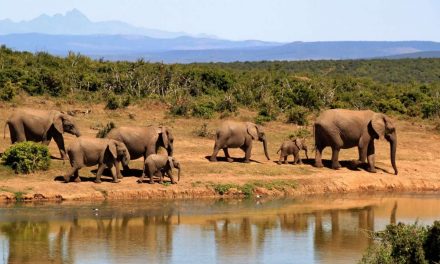