The German Federal Government did not show much interest in African affairs in the period after World War II and preferred to leave Africa to the French and the English who had much closer connections to their former colonies. One exception was Horst Köhler. As President of the Republic, he frequently traveled to Africa, brought Africa‘s concerns to the attention of the German public. He will always be remembered for his statement:  for a new relationship between Europe and Africa “on equal level”.  The government used his rhetoric but did not take up his concerns.

What motivate the new interest in Africa?

That the German government and the European Union have made some attempts to shape a different relationship with our neighbouring continent, is due to the geopolitical changes since the turn of the century. Now, China is present and active in almost all countries in Africa, and in 2015 invested some 35 Billion Dollars and has surpassed the US as Africa‘s main trading partner. China and other countries from the global South are about to push the ex-colonial powers out of the African market. Europe is trying to save what can from the impending loss of its market place.

Indeed, what makes Africa so attractive for all industrialised nations is its abundance of raw materials, especially those needed for the digital age. One aim of the EU-Africa policy is to assure access to Africa mineral resources. The recent Africa-initiatives follow one common strategy: to attract private capital to invest in development project. Thanks to the loose finance policies of the US, Japan and the EU, the capital market is flooded with money that looks for profitable investment opportunities. At the same time, African countries have a huge need for foreign capital. Adequate infrastructure development alone would require an estimated 100-billion-dollar capital investment every year. The obvious solution is to bring the offer and the demand together with the help of public development agencies.

Thus, the more immediate trigger for the recent interest in Africa is, without doubt, the increasing number of Africans reaching the European Union. What frightens Europeans, in particular, is the rapid population increases in Africa. Africa‘s population is at present about 1.2 billion and could, according to some estimates, increase to over 4 billion in the year 2100. Added to this, is the likelihood that climate change will affect Africa more than any other region in the world and that dryness will make agricultural production impossible in some areas. All these factors are likely to increase migration of people within Africa and towards Europe at a scale that could threaten its political stability. The different initiatives in favour of African development have the intention to kick off economic development with the help of private investment and so increase employment possibilities for young people to keep migration within acceptable limits.

To give Africa a more prominent place on the international agenda, the German Government used the G20 Summit of 2017, where it held the Chair and could influence the agenda. During the summit in Hamburg in July 2017, the 20 leaders mostly industrialised countries accepted the Compact with Africa (CwA) as a priority programme to push economic development in Africa. The idea had been developed by the German Ministry of Finance whereas the Cooperation and Economic Development had proposed an ambitious Marshall Plan with Africa. In the end, the two were joined to form one masterplan. What are the strengths and weaknesses of the Marshall Plan and the CwA? 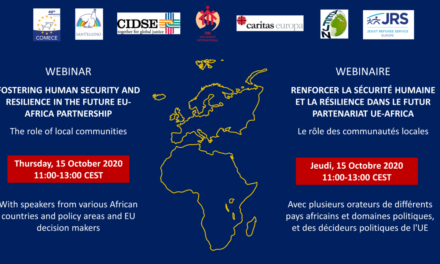 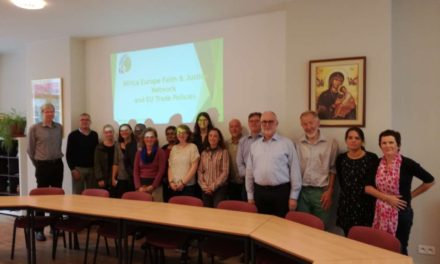 Conference on European Trade Policies and Conflict Minerals in Africa 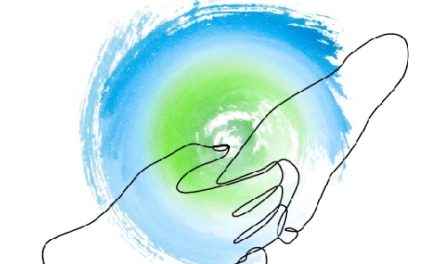