Illicit Financial Flows in the Mining sector in Africa: risks and opportunities 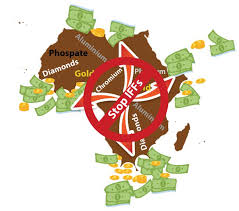 The European Commission recognises that mining and extractive companies in Africa are responsible for 65% of tax fraud, i.e. the money that states in Africa fail to collect due to the Illicit Financial Flows (IFF).[1] The mechanisms that the multinationals use for tax fraud are complex, such as tax avoidance, tax evasion and transfer pricing. In the case of extractives companies, these tax fraud practices are realized through multiple stages in which the companies carry out their activities. Each of these stages entails a number of specific activities that involve a risk of tax fraud and require appropriate national legislation, as well as coordinated international legislation to prevent the illicit diversion of money.[2]

According to a study presented by the United Nations in 2019, the amount defrauded by mining companies operating in Africa exceeds the global foreign direct investment received by the continent.[3]   For example, the United Nations estimates that undeclared gold exports just from South Africa were 78 billion between 2000 and 2014, representing 67% of total gold exports.[4] [5] These companies operate with outrageous impunity in the tax sphere and carry out illegal practices that find refuge in the governments of developed countries, in tax havens or in the lack of binding international legislation as it is the case in the European Union.

The fight against the IFF must be strategic and take into account all the stages in which extractive companies carry out their work, as there are multiple factors involved that can facilitate money laundering, corruption or tax evasion. Following the outline set out in the paper “the complexities of tackling illicit financial flows” of The European Centre for Development Policy Management we will briefly outline these stages and how companies should reinforce their responsibility to avoid behaviour that even if some of them are legal, deprives developing countries of their own natural wealth and resources through IFFs.[6]

To combat IFFs at this stage, international coordination is required to verify that the quantities exported are the same as those received by the recipient countries. Similarly, it should be possible to verify that losses in the countries of origin are not converted into profits in the host countries or into tax havens. Traceability of minerals and transparency are essential in the fight against IFF.

Transparency is key in the control of IFFs. The monitoring and traceability of the minerals, the purchase and sale invoices of the mineral ore, as well as the company’s tax declarations in all the countries where they operate are necessary to control tax fraud. The coordination and enforcement of binding international legislation is necessary to end the impunity of extractive companies that use tax engineering and business strategy to evade their tax obligations and maximize their profits.

The European Union must make progress on the Transparency Directive and demand the publication of accounts, payments and economic movements made in all countries where companies have operated and paid taxes to advance the extraterritoriality of multinationals and strengthen the United Nations Business and Human Rights initiative.

Companies and mining lobbies put pressure on governments not to make legislative changes with threats of possible lawsuits through bilateral investment treaties, Investor-State Dispute Settlement (ISDS) clauses as well as the threat of withdrawing their direct investments from those countries, closing down mining operations with the consequent loss of jobs, decrease in revenues and loss of direct investment in the country. A succession of threats that are never carried out or the worst of predictions are never fulfilled because the reality continues to show that the profits of these companies are still much higher than the taxes they pay to the legitimate owners of these natural resources.

[2] What are we talking about when we speak about Illicit Financial Flows? http://aefjn.org/en/category/corporate-justice/

[5] Other example would be the case of Tanzania in which just a company Acacia Gold Mining PLC through transfer pricing would have provoked a loss of US 84 Billion between 1997 and 2017. 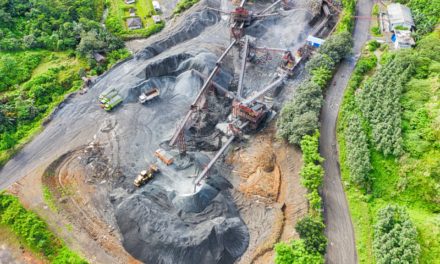