On May 25, 2020, George Floyd, a 46-year-old black man, in Minneapolis, Minnesota[1], died miserably and painfully out of police brutality. The video in the social media showed that the white police officer, Derek Chauvin, killed him by kneeling on his neck for about nine minutes. The victim was restrained with his handcuffed and lying face down on the street. Meanwhile, the other police officers looked on while it all took place. They approved of the action of their colleague. Not even George Floyd’s muffled cry for life, ‘I can’t breathe’ made Derek Chauvin to rethink his murderous bid. Obviously, Chauvin had no regard for human life or was it for Black Life? But then, how do we make meaning of the killing of George Floyd and similar killings of the Black Race through the centuries?

Indeed, the gruesome death of George has provoked public outrage and condemnation across the world. While we join people of goodwill all over the world to call for justice for George Floyd, we point our finger to what the death of George Floyd represents for us at AEFJN. More than anything else, the killing of George Floyd drew attention to the dark underbelly of our global socio-economic system that justifies the systemic dehumanisation and violence against the  Black people. The African continent has not been able to live her dream and take her rightful position in the committee of nations despite development efforts and her natural wealth because Europe, USA and their allies have their knees on its neck. Economically, Africa cannot breathe! At best, the death cry of George Floyd is a metaphor of what has become the situation of the Black Race through history. Derek Chauvin and similar police brutality against the Black Race all over the world may be condemned for their silos actions. However, they stand for the age-long war against the Blacks along racial lines.

Through the centuries, the Black Race has not been considered worthy of any human dignity. It has consequently remained the object of systematic attrition and death. First, it was the slave trade championed by the Arabs and the Trans-Atlantic human cargos to the Americas. Secondly, in the infamous Scramble for Africa, European powers partitioned the virgin continent among themselves and entrenched an economic system that has kept Africa gasping for a breath of life ever after. These two invasions of the African space and people were traumas that left Africans with deep-seated psychic deficiency. Subsequently, Bilateral and multilateral investments treaties; and the so-called development co-operations between Africa and the global North are deliberately skewed to communicate and sustain this unfortunate hypocritical narrative of Africa incapable standing up for herself. Thirdly, globalisation came using the global financial and economic institutions to dehumanise Africa economically. COVID-19 has shown globalisation for what it is – a grand ruse. The Economist put it poignantly, “ Don’t be fooled that a trading system with an unstable web of national controls will be more humane or safer, Poorer countries will find it hard to catch up and, in the rich world, life will be more expensive and less free.”[2]  The fourth and unfolding dimension is the new struggle of the global economic powers to hold meetings with African heads of government on ways to support Africa’s development. Really? Africa’s development or the legitimisation of new ways to continue the exploitation of Africa?

Sadly, the dehumanisation of the African people is still taking place on the continent. Recently, the Mayor of Lusaka, Zambia, shut down a Chinses restaurant because the waiters did not allow Zambians into the restaurant. The Zambians were considered foreigners. In the same vein, Paul Kagame not long ago ordered the immediate deportation of Chinese nationals who were grabbing land and taking advantage of Rwandans. They made them work abnormal hours like slaves in their own country. Until recently, Francophone African countries colonised by France have been spending at least 50% of their annual budget to pay colonialization tax to France. Both European, American, and Chinese corporations are all over the African continent subjecting Africans to inhuman labour conditions and wages that are unacceptable by their home countries. So, what is it that drives the Europeans, Americans and Chinese to consider Africans as doormats to be used and discarded? What is it that drives them to make monuments for themselves out of the sufferings and poverty of African people?

While we seek the answers to the above questions, we underline that condemning the individual cases alone is not enough to slay the Leviathan[3] which births them. The strength of racism is a manifestation of Leviathan. It is only the transformation of the twisted individual and collective consciousness that belie the darkness of racism that can change the story of humanity. Beyond the public outrage and condemnation, the killing of George Floyd should be a catalyst to awaken humanity to a deeper consciousness of our shared humanity.

Right now, the biggest Leviathan is the anomalous Deep State that is driving wind of chaos in the world today.[4] It manifests itself as the unbridled desire for power, the control of the global food systems, health system and the economic system[5] . Also, it propels toxic networks and entities that poison our thoughts, beliefs, and choices. Science and technology have only magnified the destructive impact that this Leviathan has upon the climate, other life-forms, and upon humans.[6]  Thus, we must stand against this Leviathan together. Deep down in each human being is a compassionate and loving presence. The death of George Floyd must wake us up against the mindsets that are designed to separate us, exploit us, and dominate us. The question that still begs for an answer is, Will the death of George Floyd be the long-awaited tipping point, or we have to wait further?  According to Frantz Fanon, ‘each generation must, out of relative obscurity, discover its mission, fulfil it, or betray it.’[7] The death of Floyd is a call to the fundamental mission to break the grip of the Leviathan on our collective consciousness. It is left for this generation to rise to the challenge or return to its obscurity of racism and continue to live in bondage. Time will tell. For now, it suffices to say, we must unite as one Global family in the struggle, and we must do so with total resolve[8].

[3] The Leviathan is a primaeval sea serpent from Jewish belief. It is a metaphor for a powerful enemy, and also a metaphor for individual and collective conditioned mental processes that perpetuate behaviours of violence and exploitation contrary to the human values of love, solidarity and human community.

[4] Nanice Ellis, ‘Do We have Power to Defeat the Deep State’. www.wakeup-world.com

[7] Frantz Fanon was a French West Indian, political philosopher, authored of The Wretched of the Earth (1961) 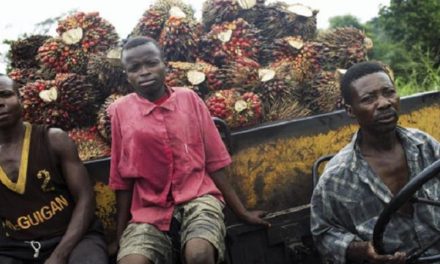