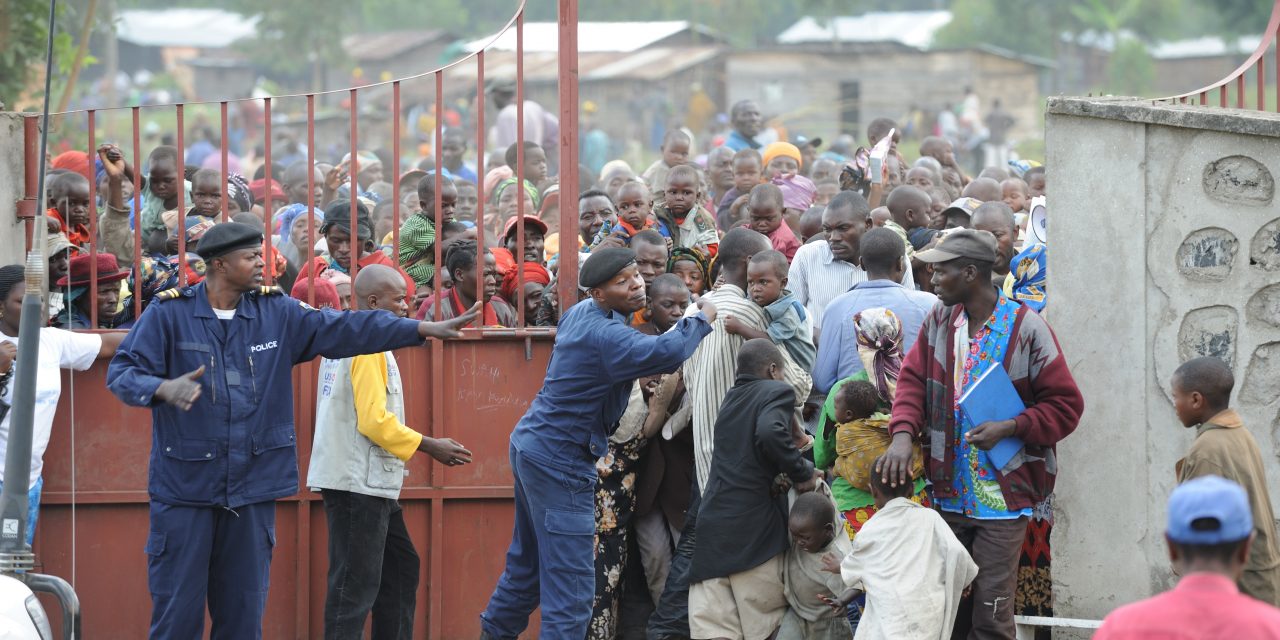 After the Greek crisis, the European project is once again being challenged to formulate a common response to harbour the refugees arriving at the EU’s outer borders. Most of the discussion has revolved around reinforcing border controls and patrols (Frontex) and member states’ horse-trading over numbers of refugees to be accommodated. In different member states, clearly short-term national electoral calculations surface: various politicians have made statements stigmatizing refugees, stirring up xenophobia and racism towards migrants. Clearly, the EU is now facing an upsurge in refugees from war-torn Syria and Iraq. However for a number of decades now, Africans have fled their home continent to escape conflict, political turmoil and/or economic deprivation and lately climate change. Although many of them have arrived in Europe, the EU and its member states are still struggling to tackle the root causes of these migration flows.

The current debate should be reframed to put migration flows in the right perspective and to include a long-term vision on migration and its root causes. First, the question of perspective: how much of the current refugee crisis is the EU actually shouldering? For Syrian refugees it appears that the EU is harbouring about 3% of all Syrian refugees, while neighbouring countries, Turkey, Lebanon, Jordan, Egypt and Iraq are carrying the biggest load.[1] Obviously, at first it is the home countries and then the neighbouring countries that play the main host role. For instance, CARITAS Butembo-Béni reports regularly on the violence taking place in Béni (DRC) and the burden of accommodating refugees for host families, because they are often themselves living in poverty. In 2014 Sub-Saharan Africa was required to accommodate 9.5 million internally displaced people (IDPs), which are not counted as “refugees” in the statistics[2]. Additionally, Sub-Saharan African countries hosted about 3.7 million refugees in 2014, which is about 26% of the global total. European countries for their part hosted 3.1 million (22% of the total), of which more than half, 1.6 million, are hosted by just one country, Turkey (!)[3] Developing countries are clearly carrying most of the burden, hosting about 86% of the refugees, and they have been doing so for decades; in the nineties they were already accommodating 70% of the total. What is more, if calculated by number of refugees per GDP (PPP)[4], which gives an indication of the contribution a country (and its population) makes to receiving refugees in relation to its economic capacity, we notice that 8(!) out of the top 10 countries are from Africa, and the top 30 countries are all developing countries.[5] So, clearly the real refugee crisis takes place outside the EU, in Turkey, and in Africa and other developing nations. These figures put the gloomy debate on “burden-sharing” between EU-member states in perspective, as well as the decades-long lack of a coordinated EU-response on the refugee crisis to relieve the main hosts of refugees worldwide: developing nations.

In the wake of the current influx of refugees, the European Commission proposed a set of measures to deal with the refugee crisis, among which an Emergency Trust Fund for Africa which aims to “address the root causes of destabilization, forced displacement and irregular migration, by promoting economic and equal opportunities, security and development.”[6] A part of this fund is dedicated to migration containment, rather than tackling the root causes. For instance, the fund will be dedicated to improving “migration management”, which includes containing and preventing irregular migration in Africa, return and reintegration of irregular migrants and improvements in governance, particularly border management. Another set of measures has greater potential to tackle the root causes of migration: establishing economic programs, creating employment opportunities especially for vulnerable groups, youngsters and women, as well as projects for basic services (food and nutrition security, health, environmental sustainability) and conflict prevention. However, within the framework of the emergency fund it remains to be seen where the priority will be and whether member states are prepared to chip in contributions. At this point, Luxemburg, Spain and Germany are the only countries that have pledged funding for the Emergency Trust Fund for Africa, each one for three million, of the envisaged 1,8 billion.[7] (By comparison, the EU Trust Fund to support Syria’s neighbours in the reception of refugees and improvement of conditions in refugee camps has only received 50 million of the envisaged 4 billion Euro, of which the EU budget has come up with 41 million, Italy 3 million and Germany 5 million.[8])

However, there is a blind spot in the Emergency Fund’s Strategy as there is no mention of the economic policies and business operations that cause displacement. The sourcing of raw materials (minerals, wood and agriculture) has been setting local communities adrift and has destroyed jobs locally rather than creating economic opportunities. Western economies largely depend on imported oil, cheaply sourced raw materials from developing countries and cheap labour. Major industries such as the hi-tech (PCs, phones, etc.), agrifood, automotive, chemical and clothing industries, depend on these inputs from developing countries.  However, the sourcing of these inputs has rarely contributed to local development. On the contrary, for decades academics, civil society and journalists have reported massive displacement of local communities in developing countries as a consequence of large investments in mining, logging, agriculture, tourism etc. The examples are rife: in the Niger Delta (Nigeria)[9] and Uganda[10], oil companies have forced out local communities, while large-scale mining operations have pushed people off their land in Burkina Faso[11], Tanzania[12], Ghana[13]; Zambia[14], and DRC[15] to name but a few. Additionally, there is the rush for farmland for the production of food for export, biofuels (incentivized by EU consumption targets) and agricultural raw materials across Africa. In post-conflict countries, like Liberia and Sierra Leone, such investments risk derailing the peace process, e.g. land redistribution for reconciliation between communities, because large tracts of land are handed out to palm oil companies. Similarly, in the DRC, the displacement caused by large-scale mining operations also raises the number of IDPs, increasing instability in the region.

A study conducted found that half of the 170 companies listed on the UK, French and German stock markets have been linked to allegations or concerns that their operations produce adverse human rights impacts.[16] Legally binding, due diligence frameworks throughout international supply chains of products would do a great deal to identify and avoid possible HR-impacts, making the conduct international business more transparent. Currently, victims of business-related HR-violations still have very little access to remedies and accountability mechanisms for companies remain weak because they are grounded in voluntary schemes. At the same time, companies have access to elaborate protection through international arbitration through Bilateral Investment Treaties. In the area of regulating corporate behaviour the EU did make some progress, in particular, the EU’s Non-financial Reporting Directive and the Regulation on Conflict Minerals due diligence in its current form. Nevertheless, progress should be made in expanding the scope of industries eligible for due diligence, from mining and logging to other industries that source from developing countries, even in a peaceful context. However, shortcomings in implementation of frameworks on business and human rights persist on both the governmental and the corporate side, mainly due to their voluntary nature. So logically, several countries affected by business-related HR-vioaltions adopted a resolution to establish an international legally binding instrument on Transnational Corporations and Other Business Enterprises with respect to human rights. However, the attitude of the EU and its member states in these negotiations has been far from constructive: all European members voted against the resolution and they have used obstructive tactics in ensuing negotiations eventually boiling down to an empty chair policy.[17]

What is more, development policies have been accused of contributing to the displacement of local communities. For instance, both USAID and DfID have allegedly financed violent resettlement schemes in Ethiopia.[18] Furthermore, development finance institutions have been accused of bank-rolling land grabs or at least exposing people to this risk.[19] Additionally, 3.4 million people were displaced both physically and economically by World Bank funded projects between 2004 and 2013.[20]  Then, another “development initiative”, the G8’s New Alliance for Food Security and Nutrition, has been criticized for not respecting the principle of Free Prior and Informed Consent as well as causing displacement through its programs.[21] The G8’s preference for large scale capital-intensive agriculture clearly emerges, as 1.8 million hectares of land has been demarcated for large private investors in just 4 partner countries.[22] Local communities stand to lose control over resources and land, for the benefit of multinationals. So rather than creating economic opportunities for stallholders as claimed by the G8, this Programme is more likely to destroy jobs in rural Africa, by crowding out Africans from access to their productive resources and thus their income and livelihoods.

To stem refugee flows across the globe, border patrols are unlikely to have a long term positive impact on forced migration. However, reframing EU economic policies, such as biofuel targets, agricultural policies and international trade, in such a way that they do not harm local small and medium sized enterprises (SMEs) but rather contribute to poverty alleviation/local development can contribute amply to reducing forced migration. Given the impact EU economic policies can have in developing countries, introducing safeguards in public policies seems a bare minimum, e.g. HR-impact assessments for trade policies, and environmental and social safeguards for development funding. Next, requiring responsible behaviour of companies selling products/services on the EU market by ensuring adverse HR-impact is avoided or, at the very least, that victims have access to compensation, will also create more economic and social stability in developing countries. Therefore, putting in place a binding instrument holding companies accountable in case of HR-violations is indispensable. Additionally, reducing corporate pressure on land and resources in a circular economic model while restoring local community control over their lands, resources and forests, is much more likely to create economic opportunities for development. This will provide the youth in the rural area with a future perspective preventing masses of youth to leave their ancestral homes.

[12] USAID, Foundation for Enviromental Security & Sustainability, “Tanzania’s Gold Sector: from Reform and Expansion to Conflict?”, 2010, retrieved from, http://www.fess-global.org/publications/issuebriefs/tanzanias_gold_sector.pdf;  Journal of Cleaner Production, “Environmental and Socio-economic impacts of mining on local livelihoods in Tanzania: A Case Study of Geita District”, by A.G.N. Kitula, 2003, retrieved from http://www.commdev.org/files/2701_file_tanzaniamining.pdf

[16] IPIS, “The Adverse Human Rights Impacts of European Companies: Getting a Glimpse of the Picture”,2014, retrieved from  http://www.corporatejustice.org/IMG/pdf/ahrri_report_final-2.pdf

[17] European Coalition for Corporate Justice, “Towards a legally binding instrument on Business and Human Rights”, 2015, retrieved from,  http://www.corporatejustice.org/ECCJ-intervention-at-EU-Parliament-Event-on-the-UN-Treaty-on-Business-and-Human.html?lang=en

Resource Grabbing in Africa: A New Imperative for the Church 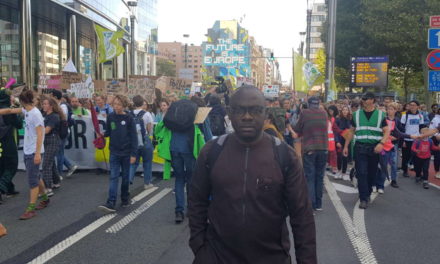 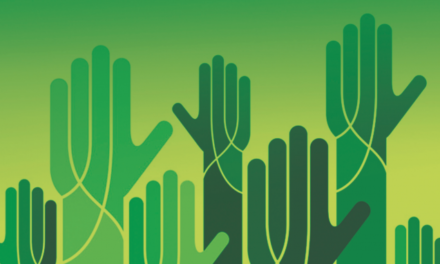 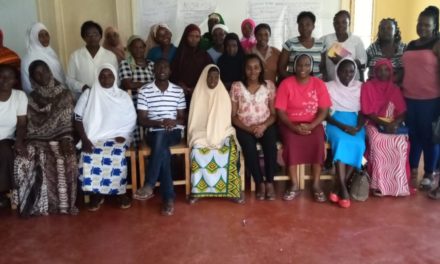