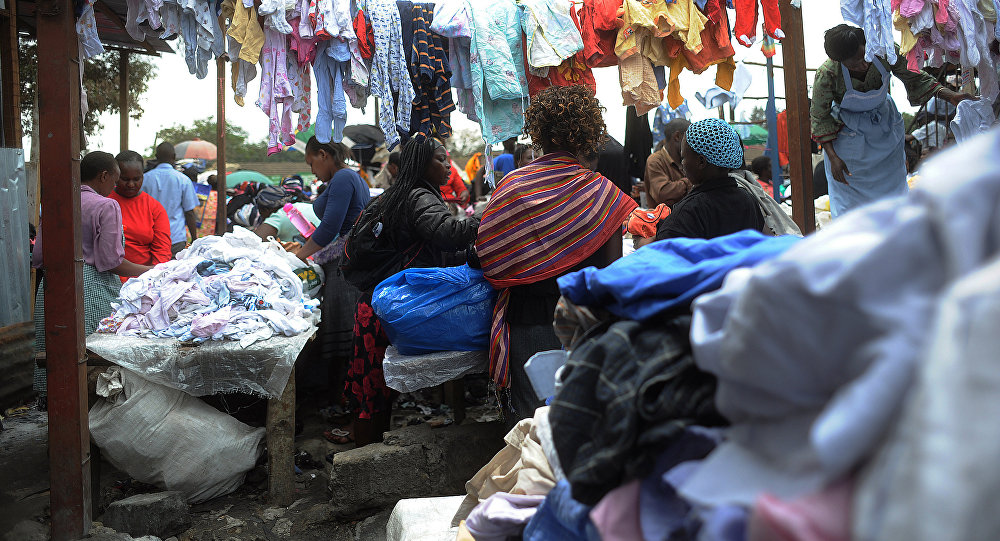 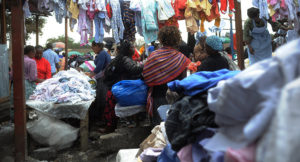 The commercial war between the USA and the rest of the world has only just begun and some voices point out that the current escalation of tariffs can last up to 20 years.[1] Since Trump came to power he has not stopped sending signals that pointed to his disenchantment with the economic agreements of his predecessors. Thus, among his first measures was to cancel the TTP with the Asia-Pacific region, to bury the TTIP negotiations with the EU and to renegotiate NAFTA with Mexico and Canada. Moreover, the recent US increment of tariffs to China worth more than $ 200 Billion in goods is the ultimate expression of what underlies Mr. Trump’s earlier decisions. [2] Trump, with the attitude of a despotic man who only cares about himself (American first) is willing to declare a commercial war on everyone, regardless of the consequences of breaking international trade rules and the operating mechanisms of the world economy especially for the poorest countries.

AEFJN along with other civil society organizations (CSO) have shown its disagreement with the free trade agreements (FTA) that have been made within the World Trade Organization during the last years. The CSO both in Africa and Europe especially warned of the negative consequences of economic liberalization for developing countries through North-South trade agreements such as the Economic Partnership Agreements (EPAs) between the European Union and African countries or the African Growth and Opportunity Act (AGOA) between the African continent and USA.

With the trade war that is in progress, not only the labor, social and economic consequences of free trade agreements are at stake, but they (the negative consequences) are the breeding ground for taking unilateral measures by developed countries. These protectionist measures would favor their transnationals; cause a lower commitment to international environmental standards, a lack of stronger legal instruments for the protection of human rights and a greater violation of the social rights of the population and their workers. The commercial war waged by the USA attacks many countries, raising the tariffs in sectors as different as the black olive in Spain, the steel and aluminum in Germany or Russia, or the importation of vehicles from China. In addition, the Trump administration declares a commercial war to all those who they consider are a threat to their economic interests. The USA punishes not only the great economic powers (EU, Russia, China, etc.) but also exerts its threat even on developing countries that dare to impose tariffs to American goods such as second-hand clothes. These second-hand clothes coming from USA or the EU are destroying the textile sector in many African countries such as Rwanda or Madagascar but this does not matter to the Trump administration or to the EU that strives to deny the disastrous consequences of the policies of economic liberalization in developing countries.[3]

For its part, the EU looks perplexed at the movements of the USA and denounces with stupor its disagreement. However, beyond its rhetorical claims it maintains the same attitude of Europe first in its FTA: imposing its conditions and putting the interests of its large companies before the basic needs of developing countries without a clear intention to promote the sustainability of trade nor its social commitments with citizens and workers.[4]

The old fashion protectionism of Trump administration implies a paradox. The protectionism that CSO has pleaded for African countries during many years to create jobs, strengthen their industries and protect their economies (but were denied by US and EU to African countries) now is what the richest country in the world does to protect its interests. However, the consequences of this trade policy will be completely different than if it had been implemented by African countries since the economic reality is completely different. On the contrary the constant increase of tariffs and duties for developed countries will triggered a progressive exclusion of African products in developed countries. Likewise, protectionism of developed economies will lead to an increase of quality and safety standards that will cause a difficulty for African products export.

Trade has been pointed out many times as a driver to reduce poverty. However, the escalation of tension on trade among developed economies makes unpredictable the regional and global trade with clear side effects for developing countries especially in Africa where a big portion of the population live under the umbral of poverty with less than two dollars a day.[5] A strong protectionism would affect the economic growth and undermine social rights of workers and of the population putting at risk the mechanisms to reduce the poverty in the continent.

But Africa, after long years of subjection to the economic and commercial policies imposed by the developed countries, is willing to give the battle. Africa is not satisfied with promoting foreign trade through the FTAs with third countries outside the continent. If Africa wants to break its dependence of big economic powers they have to develop intra-regional trade among African regions. In this sense, the progress made in the recent creation of the AfCFTA is not the solution of all problems in Africa but at least it has united the African continent to create a free trade zone liberalizing goods and services by up to 52% in 2022. We do not consider that this is the exclusive solution to the problems of the African countries and their economies but at least it is an important step in the commercial and technological development of the African continent.

Once again we observe the behavior of developed economies regarding Africa and the trade system. Both nationalists/protectionists (USA) and liberal/multilateral economies (EU) remain putting the interest of their companies first instead of putting the economy and trade systems at the service of the people. The relationship among different countries and economy systems should be balanced without any kind of pressure, respecting the African aspirations and interests; but I am afraid that for the EU and USA it means most of all: full trade reciprocity with the intention of flooding the markets of African countries with their products.

[4] Friends of the Earth to check on Sustainable development  or the creation of Investment Court  System in case the national countries change their legislation and affect the profits of the companies as new version of the Investor-State Dispute Settlement (ISDS) allowing foreign investors to sue governments for unlimited amounts of compensation. http://www.foeeurope.org/EU-indonesia-deal-checked