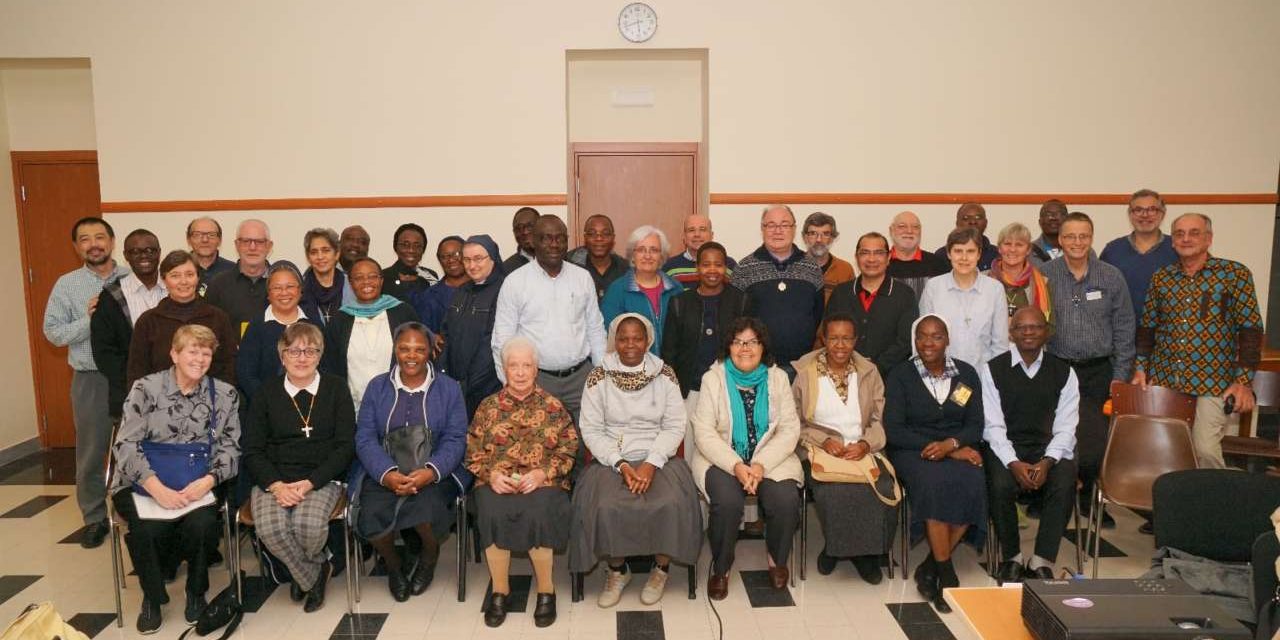 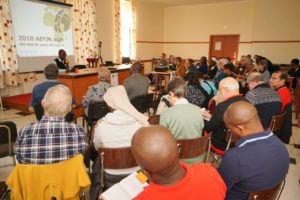 The 2018 Annual General Assembly (AGM) of our Network took place on 8 November 2018, with the theme – ‘AEFJN @ 30 YEARS! LET’S MOVE ON!’. As aptly captioned in the theme, this year marked the 30th anniversary of the foundation of the network. This Assembly was therefore a time to remember and celebrate the like-minded founding religious Congregations which came together to set the network in motion as a tool to advance justice in economic relationships between Europe and Africa. We wish to thank all who have been working to ensure that the dreams and efforts of our founders are kept alive until justice is achieved.  It is very encouraging to note that thirty-seven representatives of member congregations, including some Superiors General and General Councilors, participated. During the Assembly, we looked back to a year full of blessings and challenges. We received reports on the advocacy and lobbying activities carried out at both the European Union headquarters in Brussels and our different Antennae in Europe and Africa and came up with suggestions on how to meet current challenges and move into the year ahead, with greater zeal, courage and commitment.

The AGM started with quiet reflection on the music “Laudate Omnes Gentes”, followed by a solemn prayer on God who is always at work in His Creation.

President’s Report: The President of the Network, François de Paul Hounguè, SMA, gave an update on some key activities, achievements and challenges of the Network during the year 2018. He introduced the newest member of staff at the Secretariat in Brussels –Sr. Odile Ntakirutimana of the Institute of the Daughters of  Mary and Joseph a lawyer by profession. He reported that four members of the Executive had completed their mandate, out of which, two had already left Rome. He alerted the Assembly that he was in the last year of his mandate as the President. He commended the SVD and SSpS congregations for granting permission to Daisuke Narui and Estela Parmisano to extend their mandate, and the OLA and CSSP Congregations for nominating Hortense Dossoumon and Antonio Neves respectively, for election on the executive.

He reported that the EC (Executive Committee) held nine meeting during the year, organized an annual seminar in mid-March at which they worked on a New Action Plan (2019-2022). He reported that the final draft of the New Action Plan has been drawn up by the Secretariat and would be presented to the AGM for endorsement. The EC also attended Antenna meeting in Namur, made a couple of visits to the Secretariat in Brussels and carried out house-to-house visitations in Rome. These visits, he said, have yielded some good results.

Finally, he thanked AEFJN’s member Congregations for their continued support of the network, and the Secretariat and members of the EC for their unflinching commitment to moving forward the vision and mission of the Network.

A bit of history: André Claessens, MSC, former Executive Secretary of the Network and currently member of the Executive Committee, in a presentation, spoke briefly about the time of the foundations and the genesis of the Network before stressing the urgency of networking if we want to be efficient. Inspired by Pope Francis who says in Laudato Si n ° 219, ‘Social problems are answered by community networks, not just the sum of individual goods‘, Claessens urged missionary and religious congregations to seize the opportunity that AEFJN offers to network.

From the Secretariat in Brussels: The Executive Secretary and two members of staff from the Secretariat presented their activities to the AGM. The ES (Executive Secretary) emphasized the importance of ‘Doing It Together’ and ‘Being Present Where Policies Are Made’ as some of the key factors towards achieving our goals as a network that seeks to build more just and healthier economic bonds/relationships between transnational corporations in Europe and Africa. The staff reported on some specific cases the secretariat and the antennae had keenly followed in the course of the year e.g. the Feronia Case, the ING Bank advocacy, and the Koudiadiène Case, a mining village in Senegal. The ES reiterated the need for us to be actively engaged in carrying out demonstrations, making press statements and participating in presentations on issues of concern whenever the occasion arises.

According to the New Plan of Action (2019 – 2022) which was endorsed at this AGM, the major thrust is to have African Peoples-Driven Advocacy, where Africans can speak out more strongly on issues of exploitation and justice, with concrete evidence from the field. As such, the network plans to put greater effort into strengthening the African Antennae in 2019, particularly in the Central African Republic, Democratic Republic of Congo and Benin Republic. The ES informed the Assembly that a CARAVAN Trip through countries in West Africa (Guinee Conakry – Cote d’Ivoire – Ghana- Togo- Benin- Nigeria) will be organized and will take place from 10th – 30th November 2019. Congregations working in those countries could inform their members and advise them to participate in the CARAVAN.

Presentation of the German Antenna: Fr. Wolfgang Schonecke, M.Afr., of the German Antenna shared briefly with the Assembly their areas of strength and challenges as an antenna. Their strengths stem from their clarity of focus, working on African-related themes that are relevant for their context, financial support from their members and some external agencies, lobbying within the Church and putting out regular publications. Political lobbying has continued to pose a big challenge for them because of the dramatically/globally changed political interest. The other challenge they face here is the rapidly diminishing active membership.

Financial Report: Estela Parmisano SSpS presented the financial report for 2018 and the budget for 2019.

Vote of thanks: François de Paul Hounguè, SMA, highly commended the impressive attendance at this special Assembly which marked the 30th Anniversary of our Network. He thanked everyone present for their active participation at the meeting and prayed that the spirit of our founding fathers and mothers will continue to spur us on into greater action as we work together to ensure that just and fair-trade relationships across nations and continents exist in our world today. The AGM ended with a song “Salve Regina” in honour of our Lady. 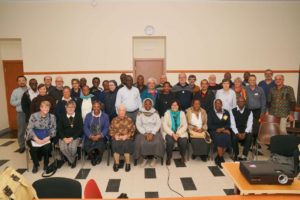 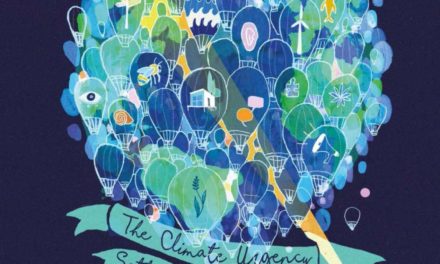 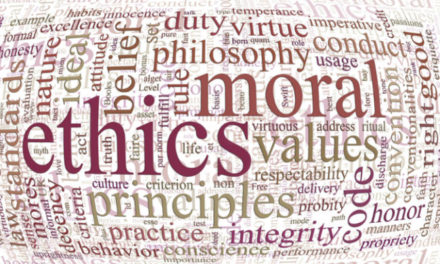