AEFJN, the Network, its Vision and Mission 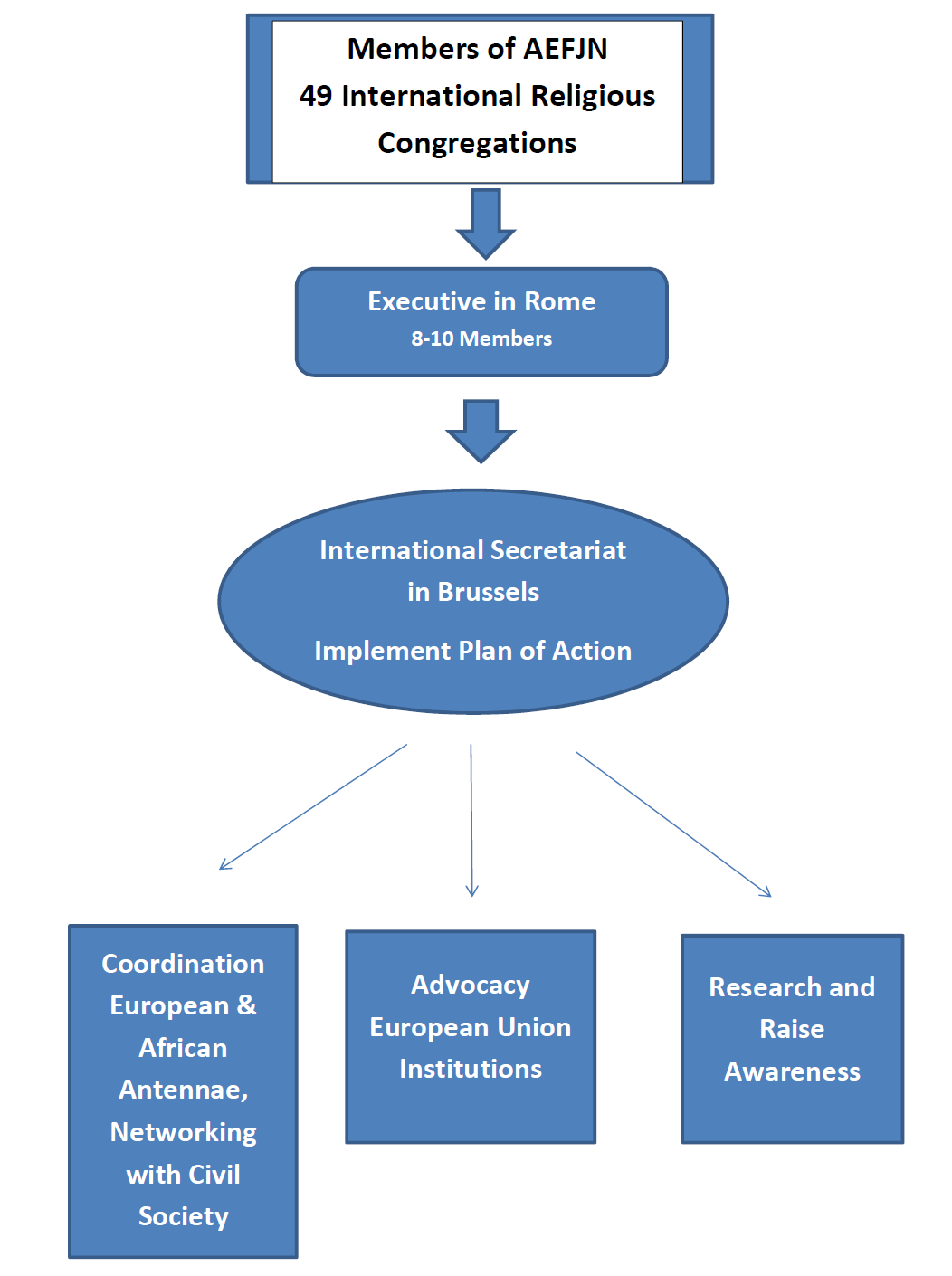 AFRICA EUROPE FAITH AND JUSTICE NETWORK (AEFJN) is a Faith-based International Network present in AFRICA and in EUROPE, established in 1988.

AEFJN promotes economic justice between the European Union and sub-Saharan Africa so that the poor of Africa may look forward to a better future.

The parts of AEFJN Network

The AEFJN International Secretariat in Brussels (Belgium) coordinates the Antennae, does advocacy work and lobbies the European Institutions on issues affecting Africa.

The AEFJN ANTENNAE (national groups) create awareness among Christians and religious, do advocacy and lobby towards the national governments, on issues relevant to Africa.

Many AEFJN’s members, have experience of the reality of life in Africa and maintain close links with the people there.  Their Christian faith brings a deep respect for each and every human being and a wish to support people who do not yet enjoy their fair share of the resources of creation.

Elected by the General Assembly they are the leadership of the Network.