m the 30th to 31st January 2017, the 28th summit of the AU was held in Addis Ababa which seems to be becoming the capital of Africa. This meeting was marked by several events, notably the return of Morocco to the fold. It is 33 years since Morocco slammed the door because it considered Western Sahara – or more precisely the Sahrawi Arab Democratic Republic (SADR) – to be part of its territory. Morocco’s King Mohammed VI has spared no effort in several countries to showcase his country’s skills and technical assistance to many countries. But several countries are still opposed, primarily Algeria which is eyeing the Saharawi Republic, but also countries in Southern Africa, including South Africa, Namibia, Uganda and Zimbabwe who are calling for its independence. Of the 54 AU member states, 28 voted for reintegration as they did for South Sudan.

Another topic discussed at this AU Summit was the AU reform proposed by Rwandan President Paul Kagame but there was no enthusiasm among the heads of state and government of the AU when they met behind closed doors. Although the text reached consensus on almost all the issues, the Rwandan president’s counterparts asked for more time to evaluate the proposals to reform the organization. Nevertheless, they formally accepted the text that would be implemented by the new Commission. The Kagame report is very critical:  “We have a dysfunctional organization which has limited value for our member states and little credibility with our international partners. What’s more, our citizens have little confidence in it.” the report said. It also denounced the constant failure of the AU’s decisions and the problem of funding.

We can only welcome these proposals which, if implemented, will only improve the situation on the continent and inspire confidence for more investment. “Let’s hope,” said a diplomat from North Africa, “that these are not just declarations of intent …” 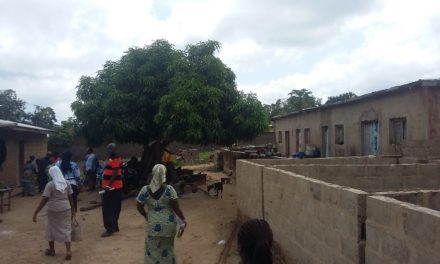 In solidarity with all Victims of Injustice