1505 Controversy over the 2014 mass tetanus vaccination campaign in Kenya

Controversy over the mass anti-tetanus vaccination campaign in Kenya, 2014. A case in point. The AEFJN international secretariat was consulted by people involved at the grassroots.

In November 2014, a group of Christian doctors claimed the anti-tetanus vaccination strategy was a ploy to sterilise women.

Here are their arguments:

– All women aged 15 – 49 are now being vaccinated, not just pregnant women;

– They now have 5 injections instead of 3;

– The vaccination is free (no change);

– This makes one think that this is no longer a prenatal campaign, but a much broader one.

The response from the Ministry of Health, casting doubt over the methodology of the test, was not satisfactory. The Ministry later declared it had tested the vaccines which was not the case. UNICEF simply refuted the allegation.

In January 2015, seeing that the warning had not been taken on board, the bishops of Kenya took action and the cardinal published a document contesting the issue, claiming that certain phials from the 2014 campaign contained the hormone Beta HCG and demanding that in future the vaccines should be tested before the beginning of a campaign.

These responses to the controversy are worth noting:

But the rumour has started and all the arguments have been immediately countered. For example, “The 40 samples analysed then were only done to reduce the percentage of contaminated samples.” or “Sterilization is not evident until 3 years have lapsed.”

It is worth noting that rejection of vaccination happens all over the world. In Pakistan it led to the murder of vaccination teams. In Great Britain there was resistance to the combine measles-rubella-mumps vaccine. In France the Hepatitis B vaccine was thought to cause multiple sclerosis.

Several speakers blame poor communication which they put down to the vaccinations not being entrusted to the local health services known to the people but to centralised programmes that are thought to be more effective.

Quality assurance in clinical trials: proposal to adapt the guidelines

As we well know, the globalisation of pharmaceutical production, together with a lack of regulatory authorities, has given rise to the marketing of sub-standard drugs that endanger patients and whole populations, especially in medium or low-income countries. But if these sub-standard drugs are used in clinical trials testing the efficacy and safety of new drugs and protocols, then the credibility and trustworthiness of the results will be in doubt.

Up till now nobody worried about this and various serious cases have already occurred such as the degradation of Vitamin A capsules during clinical research on children in Tanzania, or the use of sub-standard sulfadoxine-pyrimethamine tablets for a study of prevention of malaria during pregnancy.

In an analysis published in the British Medical Journal in February 2015 to do with the quality of the drugs used in clinical trials, a group of researchers belonging to different tropical institutes and to the Communicable Disease Centre of Atlanta proposes that the main guidelines for major clinical trials, as well as WHO’s good clinical practice rules and the regulations for registering drugs for human use should be adapted and updated this could be done by including the requirement to establish in advance and during the study the quality of drugs and medical products tested.

This proposal will involve greater vigilance and the strengthening of analytical capacity, as well as an increase in the cost of the research.

In 1977, WHO published its first Model List of Essential Medicines[1]. This year, the Expert Committee on the Selection and Use of Essential Medicines is going to have to examine the relevance of including in the List expensive medicines for cancer, hepatitis C, multi-resistant tuberculosis as well as oral anti-coagulants.

Since 2001, the Expert Committee has considered that the affordability of a medicine should no longer be anything more than a relative criterion in relation to the expected benefit to the public health.

Nevertheless, to include in the List new, costly drugs will be a challenge for decision-makers in countries where the health budget is limited. It will be necessary to provide them with tools for deciding and ways of making these new drugs affordable for all who need them. In the end, it will be for policy makers to adapt the List to national needs and public health priorities.

[1] A drug is said to be essential if it is effective, safe, a public health priority and enjoys a good cost-benefit ratio. The List includes basic and complementary medicines that require diagnosis or monitoring equipment, medical treatment and specialized training.

The List of essential medicines is valid for all countries of the world whether they are of high, medium or low income. 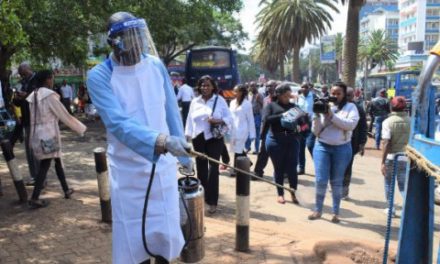 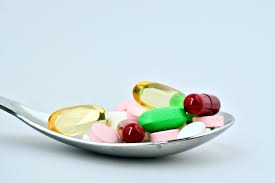 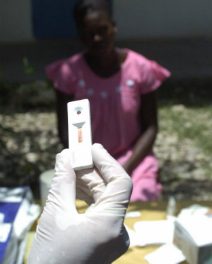 Access to Medicine Index shows more investment for the poor